It's the last season of Pretty Little Liars! I don't know what I am going to do without them. I am already binge watching Seasons 1-6 on Netflix in this very moment. I didn't start watching Pretty Little Lairs, PLL, until the third season, so I binged watched the first two seasons online. I became obsessed!
The mystery, the intense plot and the fashion. I tend to favor a mix of Aria, scared of everything, full of anxiety, loves to hid things, and Hannah, obsessed with fashion, ditsy at times and obsessed with boys whom have long hair. I guess I have a little of Spencer in me with intelligence and being a smartass but Emily and I, can't say we have much in common. I'm not athletic, into girls and i'm not very quiet, more outspoken if anything.

PLL is coming to an end. SO DEPRESSING! When they first signed on, they committed to seven seasons, and well, that's what they have given us. Seven intense, fashion filled, rollercoaster ride, witty, humorous, action-packed, dramatic, suspenseful, emotional, life giving seasons. Okay so that was a bit dramatic but like I said, I am obsessed.

So what do I think of PLL leaving? Besides being super sad, I am happy they put on such a fantastic show. The rollercoaster ride of A being Mona-Red Coat (we will learn later is CeCe Drake)-Toby-Charles DiLaurentis (originally Charlotte or CeCe)-Sara-Spencer-Mona (Again)-Lucas-Melissa-Wilden (according to Mona)- and ending with Charlotte, had my mind racing for years. After A finally dies, the girls come back five years later to Uber A- Now A.D., possibilities are Mary Drake and Elliot Rollins. But now, it could be a teenager on the swim team, Addison Derrigner, that's messing with Emily. SHIT! I just want to know who the hell A.D. is, but I don't want the series to end. 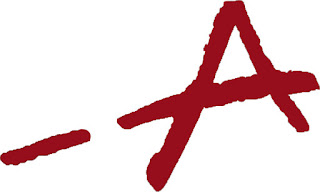 I am going to miss the girls but in fake reality its time for them to get on with their lives, grow up and finally put this madness to an end. They have been through a lot. After an Interview with Refinery29, each girl gave us a glimpse into where they thought their characters would be in an A-free ending. Lucy Hale, who plays Aria, said she envisions Aria as the next J.K. Rowling, although Troian Bellasario, who plays Spencer, joked she would be the next E.L. James. Troian said Spencer would be a criminal pathologist for the FBI who commonly creeps on Toby's social media accounts. Does this mean Spencer and Toby don't end up together in the end???!!! Ashley Benson, who plays Hannah, says Hannah would be a fashion editor at a magazine in Paris living with husband, Caleb. Last but not least, Shay Mitchell, who plays Emily, says she would be a swim coach at UCLA. All very great career women.
In reality though, there has been talk of a PLL movie, according to Refinery29 so we shall see (and hope, crossing my fingers, I will hope). In 2015, I.Marlene King, the shows producer, said to Refinery29, if there was a movie, it wouldn't happen for a few years after the series ends. But a girl can hope, right? Fingers crossed!