3. Stepmom (1998)
When a mother becomes terminally ill, she has to settle on her husband's new lover that will take her place and act as Stepmom to her child. 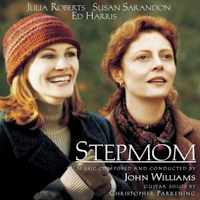 4. Practical Magic (1998)
Two which sisters who live in a small town are threatened by prejudice and a curse that will stop them from finding true love. Can they reverse the spell?

5. You've Got Mail (1998)
This movie is set in all seasons but the beautiful scenes from NYC in the fall are to die for. Tom Hanks and Meg Ryan are two business rivals who despise each other real-life, fall in love over the internet.

6. Rushmore (1998)
Another back-to-school movie set in the fall. In Rushmore, the 'extracurricular king' is put on probation. What will he get into now?

7. Election (1999)
Reese Weatherspoon and Matthew Broderick star in a comedy about a teacher whose personal life becomes complicated as he works with students during the school election. One particular student, who is an overachiever, requires a lot of his time.

8. Autumn in New York (2000)
Set in NYC in autumn, this movie is about an older man, known as an aging playboy, who falls in love with a sweet, young and terminally ill woman.

9. Dan In Real life (2007)
In this comedy, a man finds out that the woman he fell in love with is his brother's girlfriend.

10. Tanner Hall (2009)
A sneak peek into the life of an all-girls' boarding school, in Tanner Hall, adolescent complexity is unraveled by the coming of age stories of four young girls.